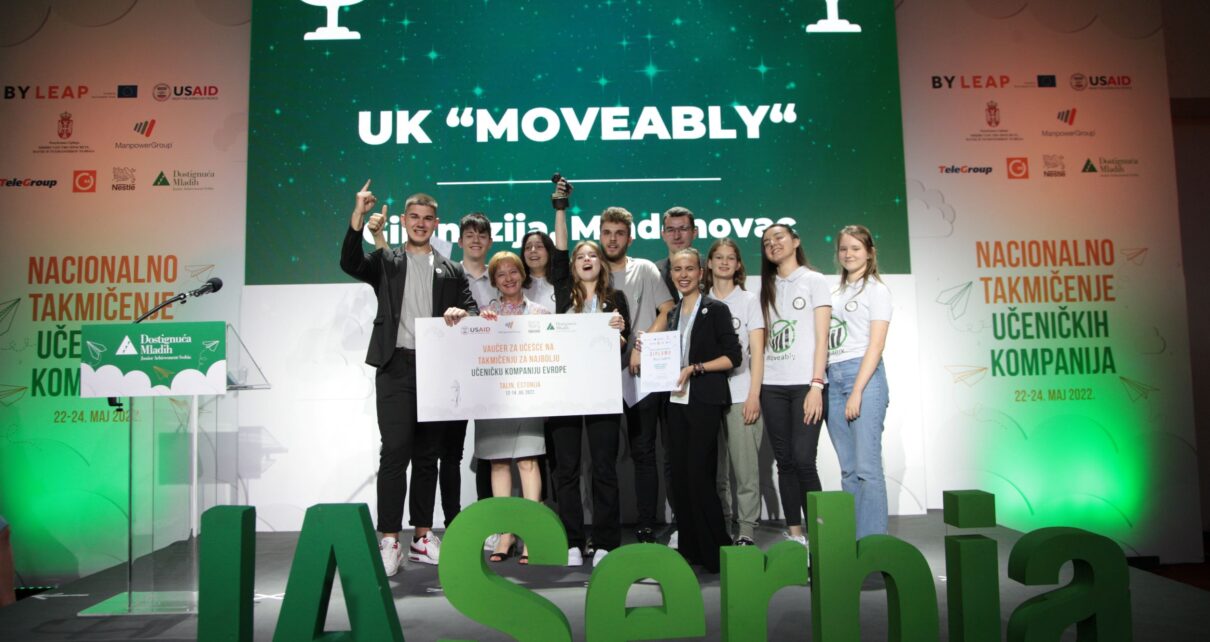 The student company “Moveably” from the Gymnasium in Mladenovac won first place at the National Competition of the Best Student Companies held in Belgrade from May 22 to 24.

The award was presented to them by Ana Zapletić from the Agency for International Development presented the award to them  and in July they will represent Serbia at the European competition of student companies, which will be held in Tallinn, Estonia. 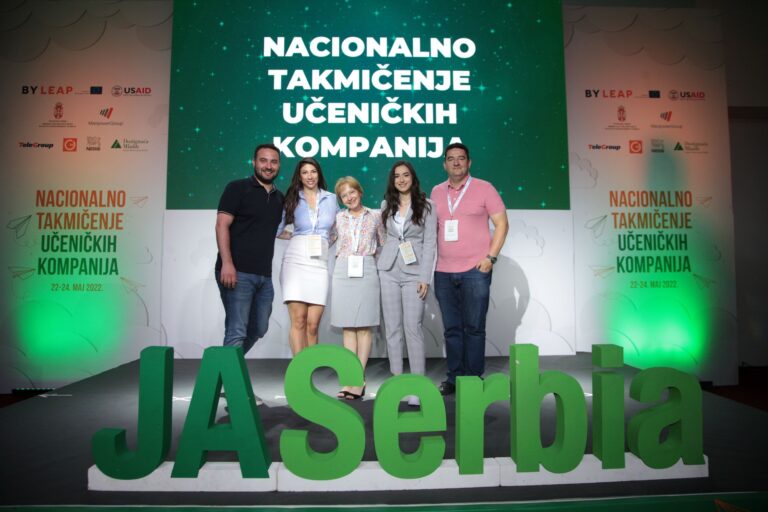 The student company “Bloomfik” of the Technological School in Paraćin won the second place with specific preparations for protecting plants from harmful solar radiation, while the third place went to the students from the company “SheepChip” from Pancevo, which deals with the marking of registered pollinated stations.

The special TeleGroup award for the best application of information and communication technologies went to students from the company “EieScape” who attend the Technical School in Pirot and install sensors in shoes that facilitate movement for blind and partially sighted people.

The prize for team spirit awarded by the Youth Achievement Alumni Club was awarded to students from the company “Phyto Help” (“Draginja Nikšić” Medical School in Sremska Mitrovica). Alumni also announced 5 young leaders who will participate in the 7-day Connecting summer camp: Anastasia Mihajlović („AjaToyz“), Emilija Mojić („Brejner“), Emilija Kaćanski („Choco Cream“), Nikola Veličković („Moveably“), Stanko Mraković („Solarized“).
On the first day of the competition, the students got to know each other better through the “warm-up” and “treasure hunt” games around New Belgrade. After that, they had a unique opportunity to tour the Nordeus company building and see what kind of space the creative IT workers work in. 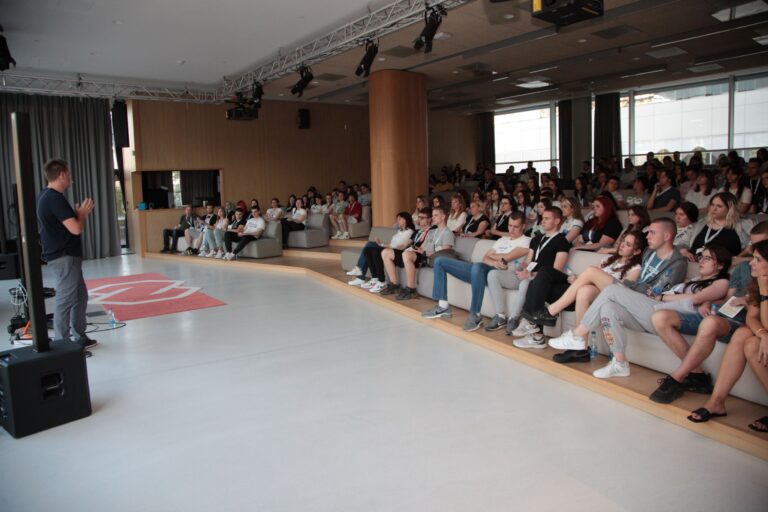 The twenty best teams from secondary schools across Serbia presented their companies’ products and services on the second day of the competition at the sales fair in the BEO shopping center, while on Tuesday they presented their business plans to the audience and the jury. 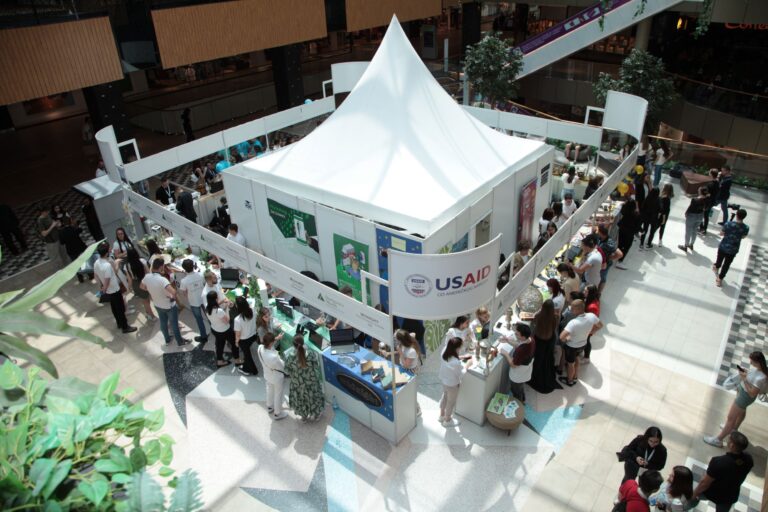 The competition was organized by the Junior Achievement Serbia with the financial support of the American Agency for International Development, the European Union through the BY LEAP project, the ManpowerGroup Serbia and Nestle companies and the BEO shopping center.